Win Tickets to events at The Assembly!

Here is what is happening at The Assembly this week.....

Pecha Kucha nights are informal and fun gatherings where creative people get together and share their ideas, works, thoughts, photographs - just about anything really. Drawing its name from the Japanese phrase for the sound of 'chit chat', it rests on a presentation format that is based on a simple idea - 20x20 - twenty images in twenty seconds. It's a format that makes presentations concise, and keeps things moving at a rapid pace.

If you haven't checked out See You Next Wednesday yet, what are you waiting for? Cape Town's freshest student night, every Wednesday at The Assembly. We got cheap drinks, good music, and ridiculously low door prices - and this week AAA students get in free before 10:30! It's all eyes on the Stone-Age Citizens as the S.Y.N.W. resident DJs hold down the house with the help Grime House, Idioteque and Damage Inc.

~
FRIDAY 10 JUNE : Discotheque with Kennedy, Battle Beyond the Stars, Richard the Third & And Drop! (USA)

Discotheque presents another awesome night of electro entertainment at The Assembly, courtesy of DJs Kennedy, Battle Beyond the Stars, And Drop! (USA), Richard the Third, Nastie Ed, Monique Pascall and George Daniel, plus the Contraband VJs!

Winner of MK’s Best Newcomer Award 2009 and voted to have the potential to be SA’s next musical export, Ashtray Electric have been leaving their gutsy footprints at venues and festivals nationwide. Now they launch their new album ‘Measured In Falls’ at The Assembly, with support from G-ZIS, Haasbroek vs Tommy Gun and DJ Sideshow. Presented by Jägermeister. Online presale available at Webtickets.

To win tickets, simply mail your name and surname, as well as the event you would like tickets to (Wednesday or Friday), to cape.town.music.scene@gmail.com .  For both events, email number #1 and #7 will win a set of dubbel tickets, and will be contacted by the staff of Cape Town Music Scene.
Posted by Cape Town Music Scene at 12:39

Email ThisBlogThis!Share to TwitterShare to FacebookShare to Pinterest
Labels: Competition 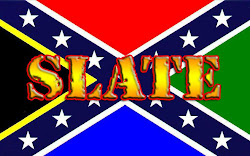 Promote Your Page Too

Other music blogs to check out!